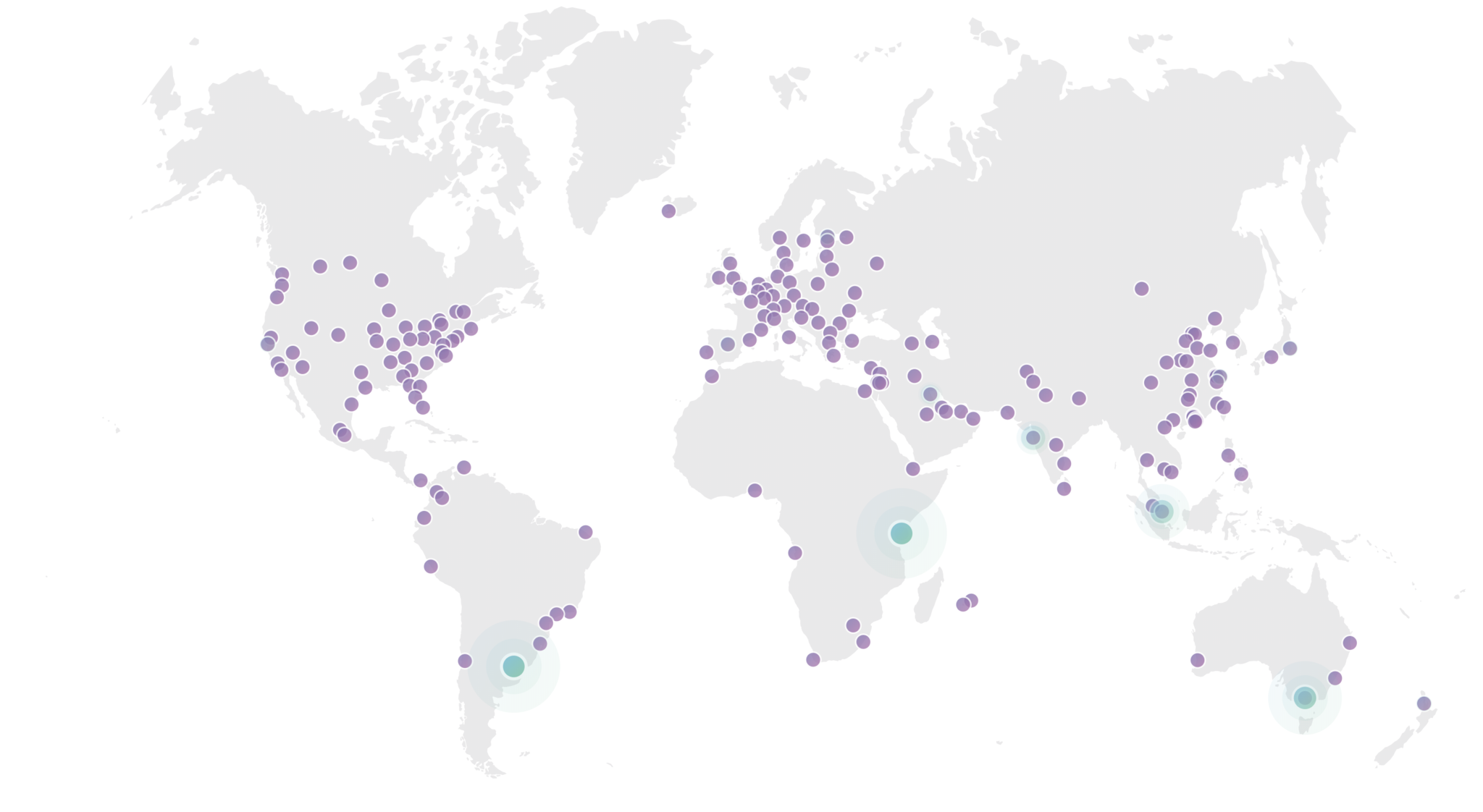 Do you have multiple servers with the same content or purpose? Do you want every client to always take the best path to the closest one?

Anycast is for you!

I’m making an effort to not get too opinionated in these articles, but I just have to start by saying that Anycast is awesome and I love it. 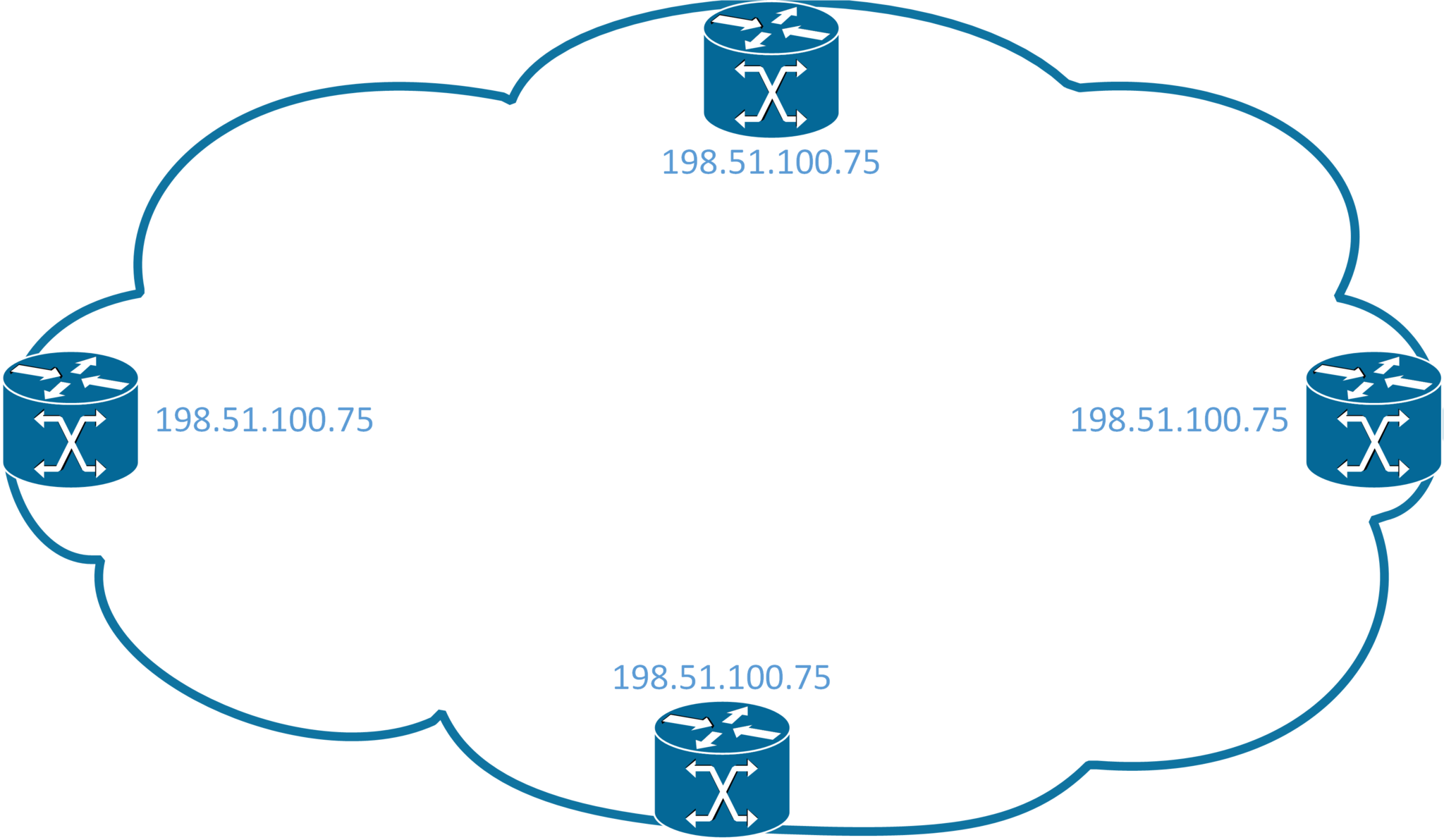 Anycast is, at its heart, very simple. Every server offering the same function simply advertises the same IP address to the network. Regardless of how you attempt to reach it, routing protocols always ensure that the closest, lowest cost server is reached.

How to implement Anycast networking

This in many ways comes down to what your network is running to begin with and where your anycast server resides on the network and in relation to the wider internet.

If the service is being provided to the local, or perhaps regional, network then it might make sense to advertise the route using an IGP and taking advantage of faster failover times. If, though, the traffic is from outside the network and arriving via BGP peerings then it may take a more sub-optimal path by entering your network at the previous lowest-cost point and then traversing to the nearest anycast provider within your network.

This is more commonly done for network services that run on a router, such as the RP for a PIM-SM network. IGP support in Linux or Windows servers tends at the time of writing to be more limited. BIRD and Quagga have at least some IGP support. I’ve used BIRD only for BGP, but I use Quagga for IS-IS on my own network.

BGP is one of the more common protocols for setting up anycast providers. It is well supported on networking gear as well as on Linux and Windows servers. In fact, many Virtual Server providers will allow you to advertise a /24 (or in some cases today even smaller) of provider-independent space directly from your VM using BGP. This allows you to get started with a global anycast service for as little as a handful of units of your local currency per month.

Anycast as a concept came into being after IPv4 was designed, so there is nothing specific to configure or understand for it. All (non-multicast) addresses are assumed to be unicast and can be also be used for Anycast.

IPv6, on the other hand, has set aside specific space within each subnet for Anycast. RFC 2526 reserves the highest 127 values of a subnet prefix Interface Identifier for anycast addresses:

(RFC4291, RFC7723, RFC8155 [and likely others] also specify anycast addresses, but not for general use so are outside the scope of this article).

This is the most popular use of Anycast providers by leaps and bounds. Moving DNS to be anycast is among the lowest hanging fruit to speed up website access as every single interaction starts with a DNS query and a failed query may result in a 60-second timeout penalty.

Having geographically dispersed DNS servers also allows you to configure them to provide local server IP addresses when queried, without having to change anything on the client. My article on GeoDNS goes into that in more detail.

LDAP and Active Directory are also prime candidates for conversion to anycast. Domain-joined laptops and computers accessing Single Sign-On (SSO) often move around your network. If you have a global private network, this can even be to destinations that may be 200ms away from headquarters or over very slow WAN links such as satellites.

Software-Defined Wide Area Network (SDWAN) how I love thee. Initial VPN tunnels can come up facing anycast concentrators to download config. These tunnels can be used for out of band access, or even for general access (but be careful of the pitfall of state).

If you are deploying multicast on your network you are most likely using PIM in Sparse Mode which has no built-in method for redundancy, load balancing, or anything similar. Please use anycast to solve this. A message from your friendly network engineer.

The ideal uses of Anycast are for stateless services. The network makes no guarantee that any two requests will reach the same server, and in fact, because of Equal Cost Multipathing (ECMP), load balancing, load sharing, network changes, and more, they quite often will not reach the same server.

TCP itself inherently requires stateful interaction. If you thought that maintaining TCP state behind a load balancer was hard, Anycast is an entirely new level.

If you are hosting an application that needs state to be maintained you’ll need to come up with some way to do it. I’ll leave that to the systems folks, but here are some quick ideas:

Loss of service without loss of reachability

There is a failure mode where the server or router is up, but the service that is being reached has failed. The routing protocol does not have any visibility into this, so it keeps sending traffic to the nearest destination. This traffic fails and is blackholed.

To get around this some time of heartbeat tracker needs to be in a place where if the service becomes unavailable the route to it is withdrawn and the network diverts traffic to the next nearest/lowest cost anycast provider. The actual failover time is the worst of the timers between the heartbeat and the actual routing convergence.

Want to know more about Anycast? Read my article on Anycast.

Want to discuss it? Head over to LinkedIn

This is my second full-length article in years, I’d welcome all feedback: LinkedIn is effectively the only Social Media platform I’m on, but you can try to tweet at me and I reply to Keybase quite quickly.